Retaining Members After the January Rush Back in December, we wrote about how a gym or studio should prepare for the January rush. Traditionally it’s the busiest few weeks of the year, with classes full and enthusiasm high. People are looking to break free of the bad habits formed over Christmas and getting into a regular fitness routine is key to solving this.

Existing members sometimes look down on these new arrivals and most think that in a couple of weeks they won’t be seen again bar a couple of times running up to the summer. However, as a gym owner, it’s imperative that you do your best to keep these new members engaged. Now, it will be impossible to keep every new January joiner engaged, but every effort should be made to motivate them to stay.

In this article, we will look at the reasons many may leave after January and the strategies you can implement to keep them engaged.

What Is the January Rush?

It doesn’t matter if you’re a veteran of the industry or just starting out, you will be well aware that January is one of the busiest times of the year for the industry.  In fact, according to leading fitness organization IHRSA, 12% of all sign-ups during the year occur in the first month.

Exercise is front of mind for a lot of people around this time. Once the Christmas and New Year celebrations die down, it’s time to burst out of an overindulgent holiday season and start the year fresh. In a poll conducted by Statista entitled “What are your 2019 resolutions?” It was found that “exercise more” came out on top at 59%.

Because of this, gyms base all their marketing in late December and January on the concept of “New Year, New You”. A person feels compelled to join due to the accepted social norm which is powered by consistent advertising. However, just because they join up, doesn’t mean they will stick around.

Why Do New Members Leave After January?

There are a couple of key reasons that some members find their commitment waning from 100% to 0% in the space of a couple of weeks. Let’s take a closer look at some of these reasons.

No matter how enthusiastic gym members may be at the beginning of the year, it can be hard to step into a class or weights area among those who attend all year round. A gym or studio can be intimidating if you don’t know anyone or what you are doing. Machines appear daunting and dangerous. As well as that, new joiners always mention they are paranoid the regulars are looking down on them. This paranoia may have some foundation with research from Coupon Cabin showing that 56% of current members don’t like New Year’s resolutioners.

Seeing someone go 100 miles an hour in a HIIT class or lifting heavy weights with ease can cause someone to feel self-conscious about their own fitness levels. This works against the person who simply wants to make a positive change in their life.

So, the aim is to find a way that makes them feel more comfortable and engaged enough to stay for the long term.

As we said in the beginning of this article, people usually join a gym to escape the bad habits of the previous month or so. They usually join with one particular goal in mind. This could be to lose weight, gain muscle or lead a healthier lifestyle in general. In all likelihood, they go from personal training to group fitness classes to the latest fad diet and back again. They have been promised a lot of pathways to success little or no result.

Usually in January, motivation is high and new joiners attend class regularly while largely sticking to their diet in the meantime. The challenge comes when they don’t see the immediate results from this, especially aesthetically. This can happen especially if they haven’t worked out for a while. In this case, while they may feel fitter, real aesthetic change may take longer.

Herd mentality or pack mentality is described as a situation people are influenced but their peers to adopt certain behaviors based on an emotional, rather than totally rational basis.

So how does this relate to a member leaving in January?

The Customer
Engagement Playbook
for Your Fitness
Business

If you have been in the industry for the last number of years, you will no doubt have noticed the contrasting attendances in the first weeks of January and February. In January, classes are packed, enthusiasm is high and waitlists are full. However, come February there’s a noticeable dip in all of this, and this can encourage a member to leave. This will very much be the case if the previous two factors are affecting them also. If they start to think “well X person isn’t going, maybe I will leave it too,” suddenly they find more and more excuses to skip class and eventually cancel their membership.

How to Stop New Members Leaving After January

So we have gone through what exactly the January rush is and the reasons why they leave. Now let’s take a look at how you can actually prevent this retain these January joiners.

When someone enters a new environment, a helping hand can make all the difference. Gyms may be more technologically advanced but human interaction comes out on top amongst all else. It’s human instinct to approach a face instead of a machine and this can play a significant role in member retention.

A simple strategy is to know a new member’s first name. This may be difficult when it seems your attendance has tripled in size. Most gyms and studios have an app for their members that includes a personal profile section. A good strategy is to encourage new members to upload a profile picture which will make it easier for you to put names to faces. This will allow you to build rapport and gives the member more encouragement to attend.

A big factor in the success of the best gyms is their emphasis on community. But focusing on just class time to build community isn’t enough. This is where social events come in. Promote a get together in a nice and casual setting that encourages conversation. Planet Fitness started Pizza Mondays in 1999 and they have been going strong ever since. The objective was to keep the atmosphere relaxed and allow members to connect.

Over time Pizza Mondays became so popular that they introduced Bagel Tuesday. Owners recognized how well members got along together over food and made it a part of their gym culture. Today it’s probably better to focus on healthier options than pizza or bagels! Your event doesn’t have to be elaborate or expensive, just a tool to help members start conversations and build relationships.

For people starting out, gym can feel like a chore. From their perspective, it is another activity added to their routine, and one that is painful in the beginning stages. So, a little incentive here and there can help them stay motivated and engaged.

These can include adding classes to their membership or allowing them to bring a friend. This subtle referral technique will not only help the new member feel more at home but potentially bring in more long term clients. As a gym owner, you never want your members to feel like they can get a better deal elsewhere. Price, perks, convenience, and interaction all play a part in keeping someone who may still need convincing.

Once your new members are more settled, you can offer longer-term membership plans with discounted prices to seal the deal.

A common mistake is that gym owners often forget to offer a plan or follow up with new members. These simple actions can show the new members that you are willing to help them along their fitness journey. A good way to keep new members engaged is to find out what their goals are from day one.

It helps you get to know them for one, and secondly, it provides you with valuable information on how to motivate them. Once you’ve identified what they want, create a personalized follow-up plan for them. You can work with the new member to see how you and the fitness professionals of the gym can help reach their objective.

New members, especially ones that come in from the New Year, are usually out of shape, many can’t remember the last time they’ve lifted a weight or ran a mile. For most, their daily exercise consists of walking to their car and then the office once they’ve parked nearby. This can be a huge setback when they start. Because newcomers have a low fitness level, they tend to overdo their initial training sessions. This can cause burnout or even injury. The “no pain, no gain” motto doesn’t necessarily hold true. Nor should it be promoted to new members as it is a very daunting prospect to think about.

Instead, a good way to engage new members is to have them do something they enjoy. You can create group sessions for beginners that incorporate games. Also, personal trainers can show them training methods that are more appropriate for their fitness level. Some may think having group games may seem a bit counterproductive, but you’d be surprised how many calories one can burn while having fun.

People who enjoy what they’re doing usually last longer than people who don’t.

The January rush is part and parcel of the fitness world. A lot of studios will do well when it comes to sign-ups. However, as we have sad time and time again, its retention that will power growth long term. And, it’s the end of January that will hit your retention rates hard. Motivating New Year joiners may seem like a challenge but by enacting the strategies we have listed here, you will have a higher chance of keeping them focused on their goals. Overall, aim to create an atmosphere in your gym that is inviting, friendly and understanding.

The Customer
Engagement Playbook
for Your Fitness
Business

Customer engagement is the way in which a brand
connects with its customers on a deeper level than a
simple business and consumer relationship.
Discover more 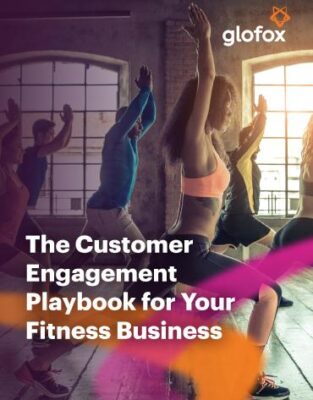 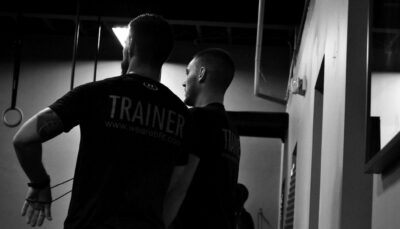 Creating a Successful Member Onboarding Process For Your Gym Why Group Classes Will Help You Succeed