Actually, like most people, I created a profile for myself on someone else’s subscription. Someone’s got to pay and that someone hasn’t been me for about a year.

One of the films I’ve been most excited about recently is “The Irishman.” If you’ve not heard the buzz around the film, it’s the latest from filmmaking legend Martin Scorsese. With its upcoming release, the fact that one of cinema’s greatest minds would be making the film for a streaming giant sparked controversy throughout the film industry: Netflix would be debuting the film just weeks after its cinematic premiere.

So I had a choice: to cinema, or to Netflix? There wasn’t much difference in it time-wise. I could wait a few weeks and watch one of the most anticipated films of the year from the couch, for free, in my pajamas.

It was tempting. But I went to see The Irishman at the cinema. For a film with such hype – I wanted the full experience.

Experience in The Fitness Industry

Boutique fitness reshaped the entire fitness industry. Pioneering brands like Barry’s Bootcamp, SoulCycle, and Orangetheory encouraged a host of new studios to emerge – turning trendy group workouts into the norm for the majority of gym-goers.

Everyone’s “in it together,” pushing themselves through a grueling workout and having fun. Boutique fitness isn’t squeezing in a 10k on the treadmill after work. It’s not glaring at the girl who’s been on her phone for 10 minutes while simultaneously hogging the only 9 kg slam ball. Please go home. Give me the ball. I hate you.

It’s sweating it out with a friend you haven’t seen in ages at a cool spin class and grabbing dinner after. Boutique fitness is social and fun. It’s more than a workout; it’s an experience and a lifestyle.

With the boutique fitness boom in full swing, many speculated that it would take over, pushing big-box gyms to their demise.

The End of Big-Box Gyms?

Unsurprisingly, the likes of Gold’s Gym and Planet Fitness haven’t been run out of business. On the contrary, like many of their competitor ‘mainstream’ gyms, they’re going strong. 24 Hour Fitness reported revenue of $1.44 billion in 2017, an increase of 1.48 percent from 2016. So I think it’s fair to say that big-box gyms aren’t gone yet.

This is mainly because they’re providing different services to a different audience at a different price. Boutiques have been at the forefront of a considerable industry transformation, but mainstream gyms are adapting and growing alongside it – albeit at a slower rate.

And while big-box’s and boutiques are fighting it out to meet the rising demand for more unique member experiences, there’s a new kid on the block. Digital fitness is making waves, and there’s no denying that it’s impacting the fitness industry.

But it doesn’t mark the end for real gyms.

To understand why digital fitness doesn’t mean a mass-member exodus for physical studios, there are a few things to consider. Skip ahead to:

How People Are Using Digital Fitness

Technology is changing the fitness industry both inside and outside of the gym. In the ACSM 2019 survey of fitness trends, wearable technology came out at number one. This is no surprise, given the rising popularity of brands like Fitbit. Big money in fitness at the moment lies in technology products, at-home workouts, and online courses. It’s no secret that today’s consumers want convenience, and tech giants are cashing in on demand.

According to data collected by Cardlytics, a payments tech firm, consumer spending patterns indicate digital fitness usage is growing. On-demand fitness services accounted for 4.8% of total workout spend in 2014, jumping to 7.7% by 2016. And the brands leading the way in the digital fitness revolution are reaping the rewards from this growth.

Peloton has developed a cult-like following; with a total of 1.4million members and over 500,000 paying subscribers, the brand’s elite community is rapidly expanding.

A competitive spin class lead by motivating instructors in the comfort of your own home might sound appealing, but this luxury comes at a hefty price. At $2,400, the bike alone is an extravagant purchase. The company’s main money-maker comes from its monthly subscription service, with users paying $39 so they can take part in classes. Without this monthly subscription, the bike may as well be a (very expensive) coat rack.

Peloton’s adverts depict young, fit people using the bike. They’re distinctly ‘elite looking’ and usually seen to be cycling in some kind of luxe high rise building, with the bike clearly being the focal point of the users’ home. It’s promoting a particular type of lifestyle and appealing to an elite audience, and it’s not gone unnoticed by the masses of Twitter:

Most recently, the brand has sparked controversy with its 2019 Christmas ad. During the 30 second ad, a husband buys his wife a Peloton bike for Christmas, and she gains confidence after committing to using the bike for a whole year.

At least that’s what the ad seems to be aiming for. While some Peloton users loved the campaign and have been jumping to the brand’s defense, others have taken to social media to blast the brand, claiming that the ad is sexist, or just plain ‘cringey.’ Once again, some have taken to Twitter to mock the brand with spoof recreations of the ad. You can catch the original advert on YouTube and come to your own conclusions.

You’ve heard the saying “there’s no such thing as bad publicity,” but I suppose only time will tell with this one. (Although the company’s stock did lose lost nearly a billion dollars of value in a day)

Recent controversy aside – it’s examples like Peloton grabbing the majority of media attention, but realistically, can it compete with the lower-cost forms of digital fitness?

With almost 6 million subscribers on YouTube, online-workout company Fitness Blender is the most-viewed fitness channel on the platform. Then there are players like Fiit App; a brand coined the ‘Netflix of Fitness’ that grants users access to on-demand classes led by high profile fitness experts.

Forget leaving the house – stream it straight to your TV or mobile. Users can choose to download the free version of the app or purchase the premium version, which naturally comes with more benefits. The cheapest subscription starts monthly from $25.

While it’s obvious here that accessible digital fitness is most likely to impact people’s gym habits – why assume that everyone wants to totally boycott the gym in favor of working out at home?

Netflix showed up on the (mise-en) scene, and critics warned that it would be the end of cinema. Again, why assume that just because people can stream movies at home – they won’t go to the cinema? Think back to a time long before services like Netflix, think VHS and DVD’s – the cinema lived on.

The key difference between working out at home vs. going to the gym is the same as Netflix vs. the cinema: one of those options is an experience.

Digital Fitness is Not a Replacement

According to a 2018 report from EY, people who go to the cinema more are also the people who stream more content with services like Netflix. They like watching films at home, and they go to the cinema for the experience – these aspects complement each other.

Before protein powder existed, people relied on good old fashioned food as a source of protein. Throwing a chicken breast in with dinner would suffice.

Today, you might choose a gluten-free, sustainably sourced, plant-based alternative to chicken, but you get the point. Protein powder became popular, and people began using it to complement their existing protein consumption – they didn’t suddenly stop eating food.

If we take this to the fitness industry, digital fitness doesn’t have to be a replacement for the gym but instead, something that complements it. People are adapting to technology that integrates with how they set and measure goals, what they eat, how they work out – all of these complements an existing lifestyle.

Plus, it’s not like the fitness industry is ignoring digital fitness. Rather than spectating the shift, leading brands like F45, Orangetheory, and many more, are already integrating fitness tech into their classes.

Technology shouldn’t be feared as something that might keep people at home. Gyms should embrace it and use it to support and complement people’s fitness journeys.

Digital fitness is definitely impacting the industry and people’s attitudes to fitness – but it’s not the end for real gyms and studios. Netflix wasn’t the end of the cinema; it offers convenience for day to day film watching, but ultimately – the people who watch the most films on Netflix are the ones who go to the cinema most. Streaming complements cinema, but it’s not a stand-alone alternative. A Guide to Fitness Franchise Marketing 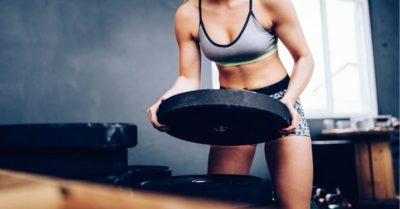