The Gym Membership Retention Statistics Worth Retaining in 2019 Or you are more likely to be killed by a vending machine than a shark?

Love them or hate them, some statistics can blow your mind or make you laugh or cry out loud.

However, some statistics, specifically those related to fitness trends, can be extremely useful in helping you in growing your fitness business. Keeping on top what is going in the fitness industry is key to staying ahead of the competition. It allows you to see what changes are happening right now and gives you the insights you need to plan for the future.

In our previous blog on Key Fitness Trends, we looked at the newest things that will be making a impact in 2019. This time, we’re taking a deep dive into statistics about an issue every studio owner faces daily.

Getting customers and keeping customers is the bread and butter of running a fitness business. Dividing the necessary time and resources between acquisition and retention strategies can be difficult as you develop as a business.

According to a Club Industry Report on member engagement and retention, it costs nine times as much to acquire a new member as it does to retain an existing one. To emphasize the importance of this, research done by Frederick Reichheld of Bain & Company found that increasing member retention rates by 5% increased profits by between 25% and 95%.

So as you can see, putting the time into member retention can yield successful profit growth in the long term. For this article, we wanted to specifically look at retention statistics in the boutique and group fitness sector.

This sector has experienced an explosion in growth over the last number of years. There is no exact birthdate for these types of fitness businesses, but the big players in the game came to prominence in the early 2000s with the likes of Equinox and Soulcycle establishing a new type of fitness experience.

As a result, the more traditional big box gyms have slowed down in their growth. The International Health, Racquet and Sportsclub Association (IHRSA), a leading trade organization, talks about this trend in a recent report. They found that from 2012 to 2015, memberships in traditional fitness clubs grew by just 5%, while the smaller specialty studios jumped by over 74%.

There are plenty of reasons for this. The younger generation is looking for a more engaged fitness experience centered around three main pillars.

What is interesting about this part of the fitness industry is its high retention rates compared to the big box gyms. The Association of Fitness Studios says that the retention rate among fitness studios sits at 75.9% and this number has been consistent since 2016. Meanwhile, the retention rate of more traditional health clubs has sat at around 71.4%.

In the past number of years, there have been more and more studies that back up the theory that running group classes in your studio delivers a higher rate of retention. Recently, a Nielsen study of more than 3,000 participants of group fitness classes around the world highlighted that more than 85% of class members visit their facility twice a week specifically to engage in group classes. And 43% of members visit their facility four times per week for this purpose.

Another really interesting study was conducted by Dr. Jinger Gottschall of Penn State University. Reviewing the impact of group fitness on exercises, the study examines a group of 25 adults between 25 and 40 who did not exercise regularly. The group contained 15 women and 10 men and they had to complete a 30-week group exercise program.

During the study, the intensity and regularity of the workouts increased every couple of weeks. On top of the improved fitness levels of the members, the study produced an astonishing result. There was a completion rate of 98.8%, meaning the subjects completed the majority of the classes they signed up for, something that has been unheard of in previous fitness studies.

So it’s clear that group fitness is driving higher retention rate for members. In the next section of this article, we look at member retention reports that deal with engagement and how it impacts the retention of members.

There are several interesting studies and reports that talk about how higher engagement with members can lessen the risk of canceling. A study of behavioral statistics in the US by The Good Body shows that half of the people starting an exercise program will drop out in their first six months. And while we have shown that the group fitness format is one of the best ways to combat this, how you engage with members is another factor to consider in avoiding dropouts. One sure way of keeping on top of member engagement is to have gym management software in place, which is now commonplace in most gyms or fitness studios.

One of the leading figures in the world of member retention studies is data scientist Dr. Paul Bedford. Dr. Bedford conducted a member retention report that showed that increased onboarding activity increases the likelihood of retention. In relation to a fitness studio, onboarding is regular interaction with the gym member when they first sign up for the studio. The goal is to make sure they are on track to reach their fitness goals.

The results from this experiment showed that after just six months, 87% of the fully onboarded members remained active, compared to only 60% of the members with little onboarding. It is clear that regular interaction is so vital to increasing your member retention.

To back this up, the IHRSA’s 2017 report confirmed something similar in its findings. It found that every two interactions a member of staff has with a member in a given month result in one extra visit from that member the following month and this additional visit reduces the risk of a member canceling by 33%.

The same report says that social interaction is very important to members. 90% of club members say that they value communication from staff members. It also affects renewals. The risk of cancellation is 56% higher among members who just use gym equipment vs. those who exercise in groups.

Dr. Bedford is the author of another important study on the topic of member retention called “One Million Strong”. This study examined over 1.47 million members from 456 fitness clubs in the United States in the three-year period of 2012 to 2015.

Members who joined and committed to 12-month membership agreements (regardless of payment frequency) had a higher rate of retention than members who joined month-to-month without any commitment.

Over the same period, more and more gyms moved toward a month-to-month model. Of the 1.47 million members examined in the study, 80% were on month-to-month plans, while 20% were on 12-month agreements.

Obviously, the group fitness industry has moved towards a month-to-month model in an effort to deliver maximum convenience for their members. There is a trend amongst the younger generation of gym goers to hop from one fitness fad to the next.

But is this at the expense of their retention rates?

The answer is that the statistics we have discussed show that group based fitness studios are more effective for retention than the individual training environment offered by big box gyms. However, because of the formers reliance on the month-to-month membership model, time and resources needs to be put into quality fitness experiences, along with regular member engagement, in order to keep their retention rates high. 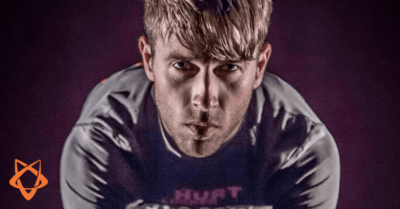 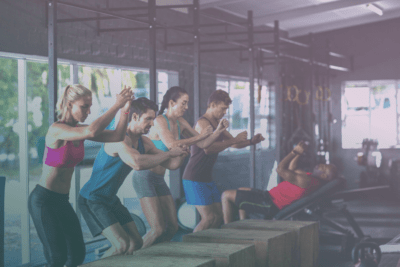 [eBook] Turn your Fitness Business into a Marketing Machine (Part 3) 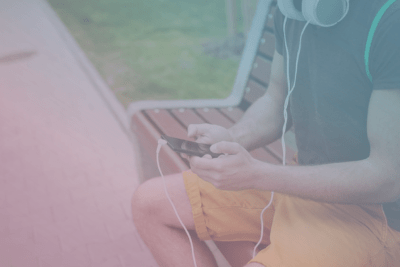 How to Keep your Fitness Brand Consistent on Social Media