As a martial arts studio owner, it’s critical to stay on top of industry trends as fresh new styles emerge. With the rising popularity of mixed martial arts (MMA) and increased interest in recreational activities, spending in the industry has grown. In this article, we’ll take a look at the latest martial arts industry trends. Skip ahead to:

There are numerous martial arts schools not only in the United States but around the world. Many schools open and close every year. It takes years of experience and a history of turning out great fighters to become one of the top martial arts schools in the country. As a result of the industry’s growth, schools specializing in mixed martial arts and self-defense are on the rise as well as more traditional teaching styles like karate.

The Deberberg Academy has a fantastic reputation and has built a name for themselves over the years. They’re one of the top martial arts schools in the USA. The school teaches a range of styles, including street fighting, Tai Chi, and the Derberg Blend, a class that combines different elements of martial arts.

Located in Chicago’s West Loop, POW Martial Arts headteacher, and gym owner, Sifu Katalin is referred to as one of the best trainers in the country. The facility is known for teaching Krav Maga, which is suitable for all abilities. They also teach other forms of martial arts, including mixed martial arts.

Mixed martial arts has been around for a while and only looks like it will grow. The mixed martial arts equipment market alone is expected to reach $565 million by 2022. About 35% of people who are interested in martial arts take MMA classes. The rise in MMA is partly due to the growth of UFC. The organization allows fans to watch their favorite MMA fighters, with many fighters becoming celebrities.

More and more MMA classes have become prevalent in fitness and boutique studios all over the world. As well as being a widespread trend, it’s also a great workout. The class is suited to all types of abilities and targets almost every muscle in the body.

Fightzone, based in London, opened its doors in 2012 after two friends with a love for jiu-jitsu went into business together. They started running 34 classes a week and due to their success, that number has now expanded to 120 classes with one of Europe’s busiest martial arts schedules. They teach a range of styles, but above all are known for their Brazilian jiu-jitsu classes, which are always full.

Thailand’s national sport, Muay Thai, has been growing in popularity. Whether you want to head to Thailand for a month’s intense training or check out Muay Thai-inspired fitness studios, there’s plenty to choose from. The fighting style uses body parts as weapons for fighting, including your arms, feet, elbows, knees, fists, and shins.

One noteworthy fitness boutique studio that’s been inspired by Muay Thai is Hit House in New York. The Muay Thai kickboxing fitness studio teaches 50-minute classes for a full workout. You learn punches, kicks, elbows, and knee moves to beat up the heavy studio bag. Above all, the class combines fun and cardio to improve tone and fighting skills.

Kickboxing has been trending for a while now, with new studios continuing to pop up. Specialized kickboxing studios offer a unique and intense way to work out. Kickboxing classes provide a full-body workout that gets your heart pumping.

The fitness franchise 9Round focuses on kickbox fitness and offers fun and exciting 30-minute classes designed to whip you into shape. The kickboxing program comes from a World Champion Kickboxer and targets all fitness levels. They have a very open and flexible approach with no class times and as a result, you simply show up when you’re ready to work.

More than 18 million people in the United States have tried karate in the last 12 months. Adults are three times as likely to try karate than children. Karate originally came out of Japan, but, nowadays it’s used for sport and recreational purposes. The main focus of the style is all about deflecting attacks, so it’s considered a self-defense art.

For expert insight, check out the Martial Arts Business Daily podcast. Michael Massie, the author of Small Dojo Big Profits – A Complete Guide to Creating Martial Arts Business Success, hosts the show. As a professional martial arts instructor for over twenty years, Massie shares his wisdom on financial success and progressing professionally. Listen to episode #38 on how to go from 50 to 150 students with small big dojo profits.

Originating from Korea, Taekwondo uses a combination of physical and mental strength. An Olympic sport, people in over 200 countries currently practice Taekwondo, according to the World Taekwondo Headquarters. One of the more traditional styles of martial arts, it’s still hugely popular today.

Many fitness studios like to take inspiration from multiple styles of martial arts. For example, Les Mills Body Combat is a martial arts-inspired high-energy class with a mix of Taekwondo, Kung Fu, and other techniques.

Kung Fu refers to the hundreds of fighting styles that have developed over thousands of years in China. It’s one of the oldest forms of martial arts and is used all over the world. Like other styles of martial arts, it’s well-valued for its self-defense skills and health benefits.

North Sky Kung Fu, based in New York, is dedicated to sharing the powerful art of Kung Fu as well as Tai Chi and Chi Kung. The classes are suitable for beginners and focus on a fun workout with good energy in a group environment.

Krav Maga is a self-defense and fighting style developed by the Israeli military. It’s a mixture of techniques and uses principles from boxing, judo, jujitsu, and aikido. First of all, the primary goal in Krav Maga is to neutralize the threat and do it most straightforwardly.

Boxing continues to see a rise in popularity. Who doesn’t like to punch something at the end of a stressful day? With stress-busting effects and physical benefits, boxing-inspired fitness studios are on the rise. Celebrities and influencers are using boxing to keep fit and stay in shape, inspiring others to take part.

The boutique fitness studio Overthrow Boxing Club in Brooklyn is combining intense anaerobic boxing workouts with high-energy music for a sweaty session. Suitable for at all levels, classes are lead by pro fighters and top-level amateurs.

Millions of people practice Judo worldwide every year. Judo comes from a Japanese instructor, Kano Jigoro, who used his experience with childhood bullying in 1882 as a motivator for developing the art. It’s a form of takedown martial arts that includes limited striking and joint-lock maneuvers. Teachers direct students to use their enemy’s strength against them. Judo flew into the public eye, after being named an Olympic sport in 1964.

Wearables have spread out into multiple industries, including the martial arts industry. Going beyond your classic fitness tracker, sensors and trackable technology have entered the combat fighting space. The global wearable sensor market is estimated to reach $1.9 million by 2024. One of the main areas of market expansion comes from the growing concern throughout the population of health and fitness.

The mixed martial arts equipment market is increasing with Technavio highlighting innovation in technology as a key trend driving global growth. The UFC Force Tracker is merging the gap between technology and martial arts. From the XFORCE App, the smart device attaches to punching bags and connects via Bluetooth to your phone. During a session, the sensor provides real-time metrics like endurance, speed, impact force, and works for both kicking and punching.

The brand FightCamp is also using technology but to completely upgrade the home gym. It allows you to create a boutique boxing studio at home with smart trackers that show real-time metrics for every punch. Technology is changing at-home workouts and providing real-time feedback that can be used to boost your fitness.

More and more people are signing up for self-defense classes to protect themselves in the future. Organizers of self-defense classes have noticed an increase in demand for classes from the LGBT+ community. One of the programs, for instance, was developed by Shaan Sar in Orlando, Florida and specially adapted for LGBT+. Other classes include women’s only and teen girls as well as adults Krav Maga.

These classes aim to empower people and give them strength. By replacing fear with confidence, it gives people a safe space to learn a new skill. Adding these classes to your studio’s schedule could help make a real difference to your members.

Also known as Arnis or Eskrima, Kali is unlike other styles of martial arts. This form involves using weapons like sticks. It originated from the Philippines and is a more daring style of martial arts. Get ready for a lot of noise! Kali mainly focuses on transitioning from fighting with weapons to empty hands in a fluid motion. If you’re looking for something a bit different, Kali brings in several elements that can help to mix up your martial arts.

Known as a moving meditation, Tai Chi is a traditional martial art that comes from ancient China. One of the main drivers behind the growth in Tai Chi is its ability to fight stress. Typically aimed at older people as it’s a softer form of exercise, Tai Chi is increasingly popular with Millennials as well.

With slow, gentle movements and deep breathing, Tai Chi is famous for its health benefits like improving flexibility and balance and decreasing stress. The interest in Tai Chi has led to retreats and classes all over the world. In addition, some retreats combine Tai Chi, Qigong & Yin Yoga for a week of relaxation. Fitness retreats are also jumping on the martial arts bandwagon with month-long detox retreats focusing on martial arts, meditation, self-defense, and cultural exchanges.

Martial arts come from a rich history of tradition and structure. However, the industry and its trends continue to emerge and evolve every year. With the rising popularity in mixed martial arts and hybrid-boxing boutique studios, it’s an excellent time to be in the business of martial arts. By keeping up-to-date with the latest martial arts industry trends, you can offer classes your members will love. 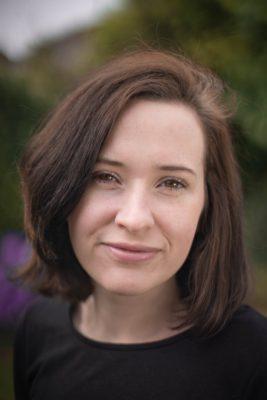 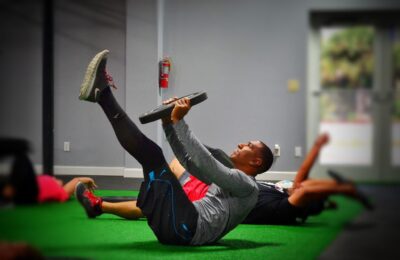 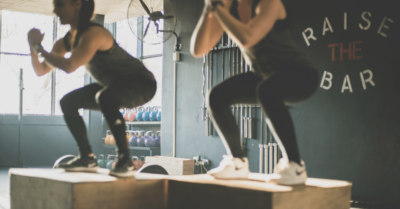 How to Sell More Gym Memberships with This Foolproof Framework

12 Fitness Ads to Inspire You