Growing a successful fitness studio is an incredible achievement and can motivate many studio owners to open a second location and grow their fitness empire – but they need to be careful with gym expansion and implement the lessons learned from their first location.

You’ve done it. After overcoming all the initial obstacles you’re now running a successful and profitable fitness business with an ever expanding membership base and high retention rates.

The answer isn’t that clear cut. The decision to open a second location shouldn’t be taken lightly and should only be done under a certain set of circumstances – which we are going to look at in today’s article.

Why this topic matters: According to IHRSA, 81% of fitness businesses fail within the first year. And while there are no clear stats on the success rate of second and third locations, some of the same challenges remain from opening the first studio location.

Should you open a second location?

Once your existing gym or studio has become a success, the temptation is to open a second location and replicate this success. After all, the most well known fitness brands in the world got to where they are by taking that leap and expanding out from their original studio.

As most fitness business owners will tell you, there are a couple of reasons why the time is right to open a second location. Here are 4 of those reasons:

In the next part of this article, we will hear expert advice from a fitness studio owner who has not only grown a profitable first location, but has applied those lessons to opening a second location.

What the experts say: Mehdi Elaichouni

“My first location was kind of a proof of concept. It really gave me the confidence to open a second location.”

Mehdi Elaichouni is the founder and owner of Carpe Diem BJJ. Based in Singapore, Mehdi bought into the Japanese franchise to open his first location and soon followed up with a second studio.

When he joined us on The Fitness Founders Podcast this year, he talked about his journey to becoming a fitness entrepreneur and how he juggles this role with a full time job in famous ad agency VaynerMedia. In particular, Mehdi gave some great insight into the lessons he learned in gym expansion when he opened his second location.

Here are the key points he made:

The pitfalls of opening a second location

Gym expansion is not a straightforward journey. While you may have produced a winning formula with your first location, new challenges can pop up with your second location. Before we continue, here are a couple of pitfalls you need to consider with your gym expansion plans.

Stretching your financial resources too thin: A common problem with opening a second location is that your resources can be stretched to breaking point. As Medhi noted in his interview, you are going to be making a loss in the first year or two of business in your first location – this could happen in the second location. Make sure you have enough capital to fund your gym expansion.

Not having a playbook: Another key point Medhi makes is around having a playbook to follow for both locations. Document every successful process from start to finish in your first location so this can be replicated in the second location. You may have to tweak certain things based on the potential new market you’re entering, but don’t dive in without a proven roadmap written down.

Underestimating the market: While you may have hit on a winning formula with your original location, it doesn’t mean it will automatically work 100% again. This is especially true if you are opening in a new town, city or state. Do lots of market research as there might be differences in what kind of messaging people respond to.

Scaling too fast: Another effect of success in the first location is the belief that you can build quicker in the second location as you’ve done it all before. However keep in mind that scaling too fast could lead to mistakes and shortcuts that will ultimately cause issues. Scale at a similar pace to your first location and pay attention to every last detail.

A proven gym expansion guide to opening a second location

When opening his second Carpe Diem BJJ location, gym owner Mehdi applied all the lessons he learned from his first location and in a way sketched out a guide for every studio owner to follow. We’ve taken some of these insights and mapped out a proven step by step guide below.

Do your market research

Before you open a studio or gym space , research the market you are entering. Even if you are opening a location in the same city, the demographics and competition may be different. Adapt your concept if necessary to ensure you have the right fit for the market you’re entering.

An example would be if you are entering a more affluent area you may need to raise the price of your membership to reflect the higher standard of membership this kind of market prefers.

Secure a source of capital

Gym expansion costs money – a lot of money! As with the first fitness center location, a lot of investment is needed up front to cover costs such as rent, insurance, wages and equipment. The reality is you could be making a loss in the first year or two before turning a profit – so you will need a source of capital to keep the business running.

Mehdi was able to fund his first location from his own resources until he turned a profit. For his second location he secured investor capital. This was possible because he was able to demonstrate clearly his ability to run a profitable business in his first location, which made it easier to secure outside investors.

Before you go forward with your gym expansion plans, make sure you have enough internal or external capital to cover all the business costs before it becomes profitable.

Make sure your insurance and taxes are in order

The thought of doing taxes and insurance forms can send most people to sleep. However they are the most vital parts of the business to get in order. In his interview, Medhi explains the three broad types of insurance you may need:

While this example is for Singapore it will largely be the same in most countries – check out the rules around insurance in your area. Another point, made by the Small Business Association in the US, is to check what taxes you need to pay in your new location as this may be separate from the tax you pay in your first location – this will the case if you set up in a new state.

Pre-selling memberships is an incredibly important part of setting up any studio – it doesn’t matter if it’s your first location or your last. There are two key reasons for this:

When Mehdi opened his first location, he started pre-selling a month out. He learned from this and expanded out the timeframe to 6 weeks so he could pre-sell more trials and memberships – generating more pre-opening revenue than he had for his first studio.

Decide on who will run the second location

One of the challenges of running more than one studio location is spreading yourself too thin and burning out. As the owner of both locations you obviously want to oversee everything that happens as the responsibility for the business ultimately lies with you. However it can be a good idea to step back and delegate some responsibilities in the new location.

Consider appointing a gym manager, either from within or outside, for your second location. This will ease the management burden on you and allow you to focus on the overall success of both locations. Give the manager of the second location the same responsibilities you would give yourself while also regularly checking in to give advice and support.

Use a management software that can run multiple locations seamlessly

The foundation of every successful fitness studio around the world is robust gym management software. It needs to be able to give you the insights across all your locations so you can make the right decisions at the right time – and fast.

Check out how studio owner Victoria Thomas uses gym management software to run multiple locations successfully. By using powerful data-driven insights to keep her studios performing at a high level, she was able to increase revenue by 36% in the last 12 months.

Opening up a second location can be a challenging and exciting prospect – however you need to make sure you are in the right place both financially and operationally to make this big next step in your fitness industry journey.

Here’s an overview of what we covered today: 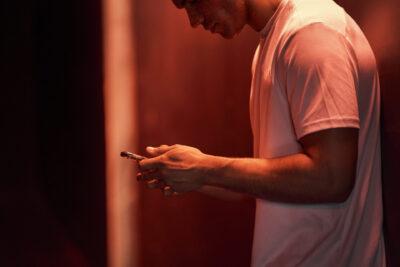 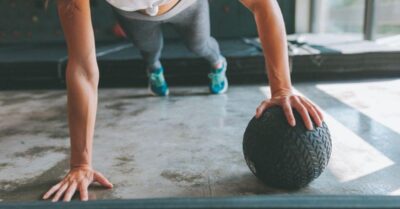 Proven and practical ways to increase gym memberships from an expert 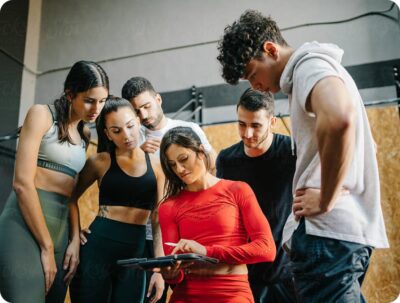 What is a typical gym manager salary?