It’s hard to believe that Facebook is more than 15 years old at this point. Since its launch in 2004, Mark Zuckerberg’s brainchild has managed to grow to 2.5 billion active users.

Facebook is so popular that 83% of all female and 75% of all male Internet users actively post on it. Unsurprisingly, Facebook is a great social media platform for marketing your business, as a lot of your potential customer base will be on the platform.

Facebook advertising has been one of the main advertising channels for fitness entrepreneurs for years at this point. As a matter of fact, 66.7% of gym owners say that Facebook Ads have the largest return on investment for their business.

Although some people are still moved by engaging articles and body-transformation images, the fact is, video ads just work better.

Today, we’re going to explain why you need to include targeted video ads in your marketing strategy in order to improve your conversion rates.

How Facebook Video Ads Can Help You With Marketing?

Before we continue any further, we need to discuss the impact the video had on the world of marketing and the Internet in general, in the last few years.

1. The Recent Rise of Online Video

The consumption of video material has been on a rise in the last couple of years. Even though more than three-fourths of households still watch traditional TV, online streaming services like Hulu and Netflix are threatening to destroy the old-fashioned medium in the next few decades.

In 2018 alone, more than 3 million people in the United States canceled their cable subscriptions.

With video being in such high demand, marketers are trying to supply the users with what they want.

2. The Impact of Video on Advertising

That way everybody’s trying to use video to their advantage. And by “everybody” we literally mean, everybody.

Just consider this: in a recent survey conducted by HubSpot, staggering 99% of marketers said they will continue investing in video views this year. If this isn’t proof that video needs to be a part of your overall marketing strategy, we don’t know what is.

You might be thinking, with so many people leveraging video marketing, what’s the point of investing in it, when the market is already oversaturated?

While the market may be overflowing with videos, not many people are getting it right. A surprising number of marketers spend money on creating video content that doesn’t appeal to their target audience.

We’re not just guessing that marketers nowadays are missing the mark. The consumers are saying it.

A recent Marketo survey revealed that more than 50% of consumers think that brands spend too much time and effort shelling out irrelevant content. This happens when marketers try to reach the wrong audience, with the wrong content at the wrong time.

You need to have a complete understanding of your target demographic: what age groups they fall into, what kind of material attracts their attention, and what will take to persuade them to make sign up for a membership.

Luckily, you can do just that by talking to your regular gym members, conducting a survey, or collecting demographic data from your website.

The point is, your video needs to hit the right audience, at the right time, in the right way.

That sounds complicated if you’ve never done marketing on your own. But don’t worry, Facebook Advertising is actually much easier than it seems. Without further ado, let’s dive into the world of Facebook video advertising.

Traditionally, gym owners and fitness instructors are advised to concentrate on retaining their existing clients instead of attracting new people. Reports say that it costs 9X as much to attract a new gym member than it costs to retain one.

Does that mean you should just give up on marketing and focus all of your attention on keeping the people you already have as members?

Not at all, especially not in today’s day and age.

What many industry analysts and marketing experts fail to realize is that marketing your company nowadays is much cheaper than it was just a few years ago. While retaining your existing gym members should always be a part of your business plan, if you want to grow your business, you need to concentrate on attracting new people.

Since the early 2000’s consumers started looking for new fitness experiences. While membership in traditional gym chains grew by just 5%, memberships in small gyms grew by 74% in the same period.

Now, people prefer to visit small gyms, where they can have a trainer focus on them more. That change can be attributed to the generational shift we saw at the beginning of the century.

People aged between 18 and 25 are far more likely to attend fitness classes and visit the gym regularly than any other age group in the United States.

You need to know what attracts this age group if you want to create videos that will capture their attention.

Now that we covered some of the themes your target audience will find appealing, let’s look at the two types of videos you can create.

When it comes to fitness goals, the first step is most often the hardest. That’s why you need to ensure that your viewers are feeling confident they can do it.

Finding inspiration for original content can be hard at times. You should look at some of the more successful video ad campaigns if you’re struggling to find inspiration.

Here are three interesting Facebook fitness ads that might be able to motivate you to make your video.

This Indian fitness company manufactures power snacks and supplements that help the user feel more energized for their workout session. Their highly successful Facebook ad shows people in different situations who push themselves to fulfill their fitness goals. Anyone that’s trying to balance their fitness ambitions and work-life can relate to it.

No wonder the ad increased the company’s traffic by 100%.

As their name suggests. Daily Burn is a company that tries to motivate their clients to work on their bodies every day. They’ve successfully advertised their mobile app for years through live Facebook feeds that allow possible customers to try out some of the workouts plans their app offers, free of charge.

Since the videos on their Facebook page feature real-life fitness students, they are highly relatable to all fitness beginners.

This is the most interesting example we have. These Facebook ads are created by an energy drink company, however, you won’t find any cans in them. Instead, they rely on memorable and inspirational content to build brand awareness.

These ads feature some of the most impressive athletes in the world and inspire the viewer to log off Facebook and go start working on themselves.

While these tips will be useful to gym owners that only started experimenting with Facebook Ads, they can also be valuable to people that have launched several campaigns.

Whatever your experience level may be, keep these tips in mind.

Even though Facebook allows in-video ads to be 31-second long, you should try to keep them a lot shorter than that.

Facebook’s official guidelines even recommend you should keep in-video ads 5 to 15 seconds. When it comes to timeline ads, they should also be under 15 seconds. Shorter videos simply have higher conversion rates and by making your videos overly-long.

Sheryl Sandberg, Facebook’s Coo recommends that all videos should be around 6 seconds in length.

2. Make Sure Its Attention-grabbing

That means, if you want to keep your viewers interested, you need to think about how to make an impression as soon as possible during the video creation.

Try to get your message across in the first few seconds of the video. Otherwise, people may click away and not even see the message.

3. Pick the Right Time to Launch

The time when you launch your Facebook Ad campaign is more important than you think. The fact is, people tend to forget about working out during certain parts of the year and focus on it during others. Case in point, Beachbody’s 2018/2019 Facebook Ad campaign.

The company launched its campaign in December, right around the holidays. During this time of the year, many people focus on resolutions, one of the popular being, hitting the gym.

They saw a 72% increase in subscriptions after it was done.

4. Focus on Image Not Sound

How many times you turn on video sound while scrolling through your Facebook news feed? Not often, right?

Research has shown that more than 85% of Facebook users watch videos with the sound off. This often happens because users tend to keep their phones on silent while browsing Facebook.

That’s why you should focus on having striking images, instead of wasting money on voice acting and licensing music.

A good chunk of people that will visit your website won’t convert. They either won’t sign up for a membership or won’t buy any product.

However, that doesn’t mean you should give up on these users.

By dedicating 30% to 40% of your Facebook Ad budget to remarketing, you can show video ads to people that visited your website but didn’t convert. Just take a look at Tiger Fitness.

Using remarketing tactics, the supplement-selling company managed to increase its sales by 27% during the first year.

It’s important to keep in mind that success never comes overnight. Too many inexperienced marketers expect their first video to go viral and make their business famous.

Instead, you should use your Facebook video ads campaign to build your audience one member at a time.

That will not only guarantee higher conversion rates but it will also help establish you as an expert in your industry. Being an online fitness instructor will give your customers-to-be the motivation they need to sign up for a membership online or visit your gym. 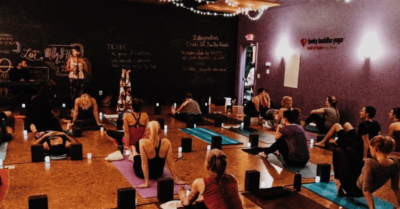 How to Create a Brand Voice for Your Fitness Business 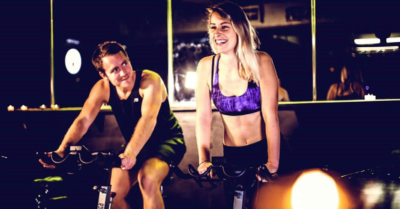 How to Write a Follow-Up Sales Email That Drives Results 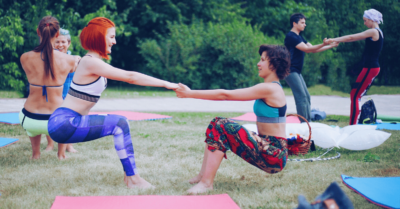